President Tsai Ing-wen presided over a commissioning ceremony for the Navy’s First and Second Mining Operations squadrons, which will operate ships able to automatically sow large numbers of small but powerful mines at high speed without the need for divers.

Such technologies are part of a strategy to deter any possible invasion from China, with its huge military and vast superiority in numbers of aircraft, ships and other weaponry. 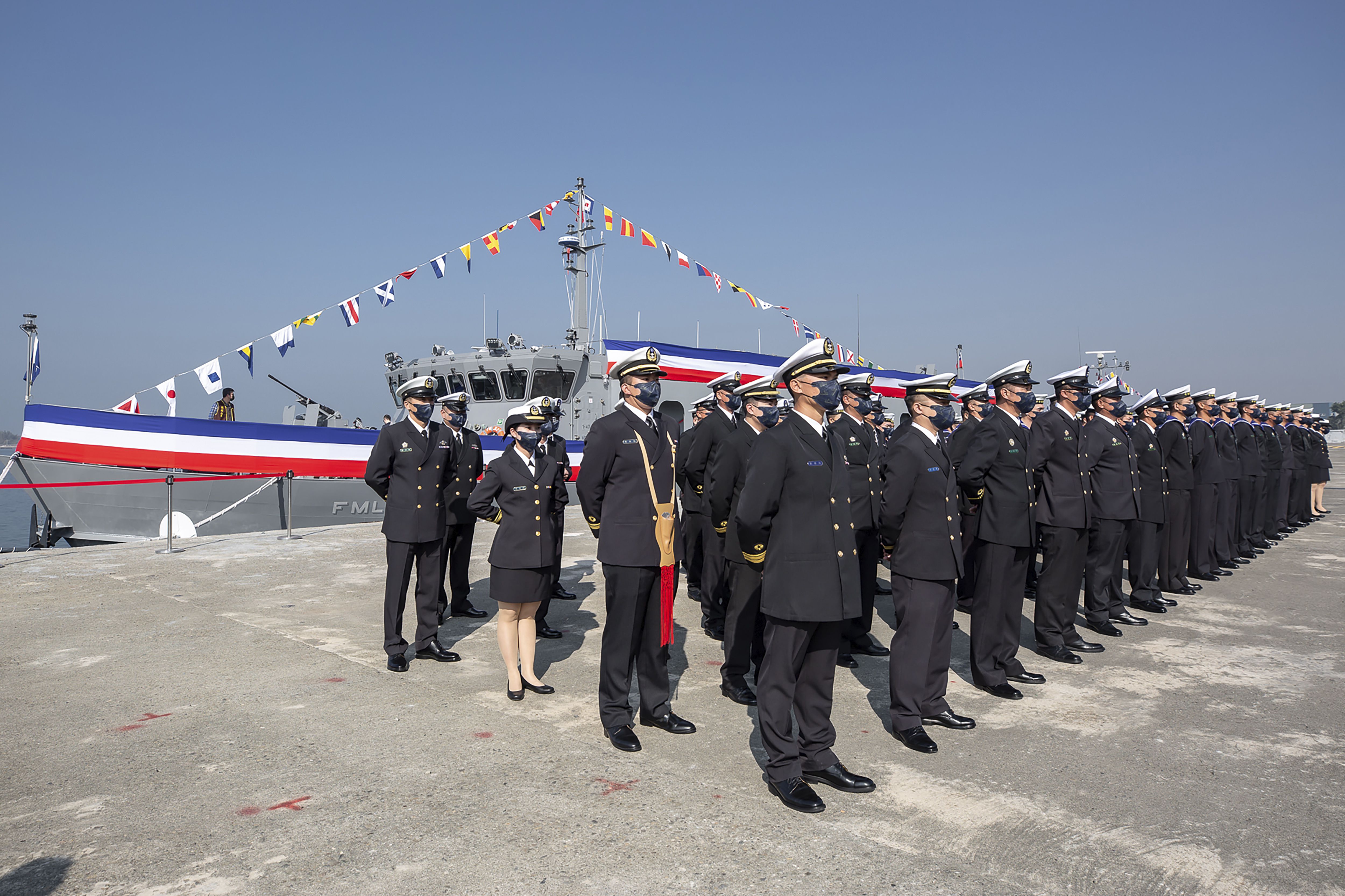 China claims Taiwan as its own territory, and has stepped up its threat to bring it under its control, by force if necessary, with frequent military exercises and by dispatching fighter jets and other planes to fly near the island.

The initial order of four ships manufactured by Lungteh Shipbuilding is part of a drive by Tsai to revitalize the domestic arms industry and reduce Taiwan’s dependence on its chief ally, the United States, for defensive weapons. Lungteh also produces missile corvettes, patrol boats and other craft for the Taiwanese armed forces and police, along with ones for civilian use.

The automatic mine-laying system was developed by Taiwan’s Chung Shan Institute of Science and Technology.

The ships give the Navy “even stronger power in protecting our waters,” Tsai said at the ceremony. Their commissioning “demonstrated the fruits of the indigenous defense industry and showed the world our determination to defend our country,” she said.

Lt. Hsu Shu-wei of the Second Mining Operations Squadron said the purpose of the new technology was simply to “build up our asymmetric warfare power.”

“Our target is to deter the enemy from getting on our island,” Hsu said.