Judge throws out teen rape conviction, says time served prior to sentencing is 'plenty of punishment' 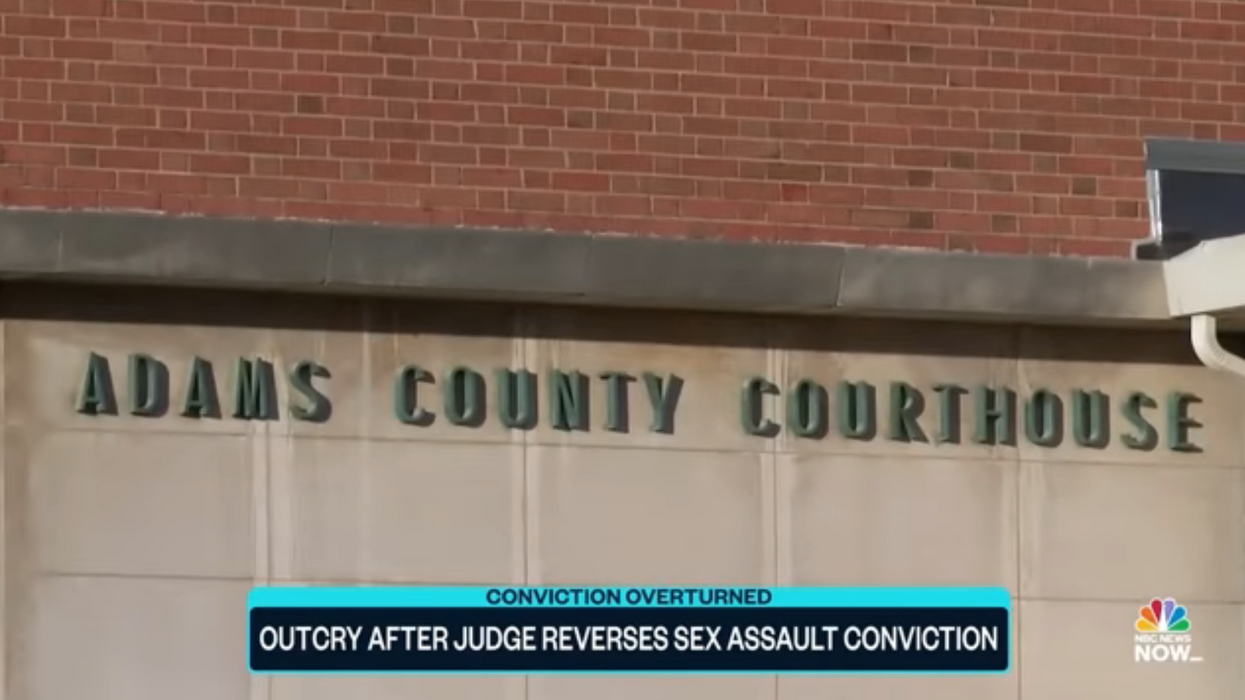 A judge in Illinois is under fire for abruptly overturning an 18-year-old defendant’s sexual assault conviction, allowing him to walk free without further punishment or stain on his criminal record.

Adams County Judge Robert Adrian has been reassigned to small claims following his stunning ruling, which the victim’s father claims made his daughter “feel like she spoke up for nothing.”

Adrian found Drew Clinton, 18, guilty of one count of criminal sexual assault following a bench trial in October. The defendant had held a pillow over an unconscious 16-year-old girl’s face while he raped her at a graduation party in May.

Under state law, he was destined to receive a mandatory minimum sentence of four years in prison for his crime. But in a shocking turn of events during sentencing last week, the judge announced that he was changing the verdict and sparing the teen any more jail time.

“Mr. Clinton has served almost five months in the county jail, 148 days,” said Adrian, according to the court transcript viewed by local news outlet, the Herald-Whig. “For what happened in this case, that is plenty of punishment. That would be a just sentence.”

“There is no way, for what happened in this case, that this teenager should go to the Department of Corrections. I will not do that,” he also said.

In reversing his verdict, the judge claimed that the prosecution failed to adequately prove their case. He also noted that Clinton had only turned 18 two weeks before and had no prior criminal record.

What has been the reaction?

Adrian considered his new ruling fair and just. But to the victim and her family, it felt like anything but justice.

Identifying herself in an interview with WGEM-TV following the judge’s reversal, the victim, 16-year-old Cameron Vaughan, said when she heard the ruling, she immediately left the courtroom in tears.

“It made me seem like I fought for nothing and that I put my word out there for no reason,” she said.

Her father, Scott Vaughn, said, “It’s worse now than it was [before], because not only does she not have her justice, but now she feels like she spoke up for nothing, and you know that hurts. Now she wishes she wouldn’t have even said anything.”

The father added in an interview with the Independent that “in 15 minutes,” the judge destroyed all of his daughter’s healing.

During sentencing, Adrian seemed to pin much of the blame for the incident on the parents involved who, he said, were negligent in allowing underaged children to party with alcohol and swim in a pool in their underwear.

But the Vaughn family was outraged at his comments and maintained that the only person ultimately responsible for sexual assault that night was Drew Clinton.

“I woke up at my friend’s place with a pillow over my face so I couldn’t be heard and Drew Clinton inside of me,” Cameron Vaughn said. “I asked him to stop multiple times and he wouldn’t. I finally got off the couch and pushed him off of me and he jumped up and just started playing video games as if nothing had happened.”

Clinton’s attorney, Drew Schnack, however, has maintained his client’s innocence. He argued that consent was offered the night of the incident and that the prosecution failed to meet the burden of proof in the case.

“The only evidence of what went on in that room for that three- or four-hour period of time was the girl saying couldn’t remember or didn’t know, and [Clinton] who was interviewed by the police when they first picked him up and gave a long, long statement and who testified in court,” Schnack said, according to the Herald-Whig. “His statement has never changed.”