Rand Paul: Fauci & the left's COVID narrative are IMPLODING as the pandemic drags on 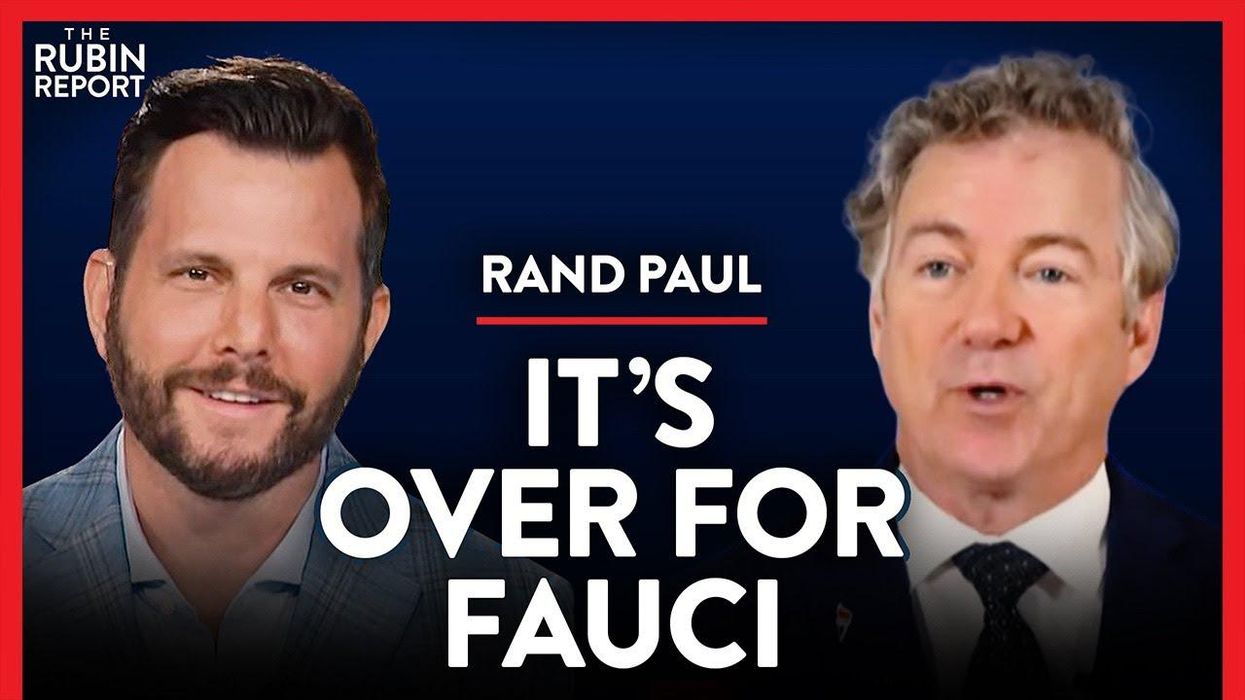 On Tuesday, Paul confronted Fauci once again — this time with
emails that indicate he conspired to discredit scientists who disagreed with his opinions on COVID-19. In response, Fauci accused Paul of inspiring “the crazies out there” to make “threats upon my life, [and] harassment of my family and my children”.

Dave shared a video clip from the Senate hearing in which Paul says to Fauci:

I’ve always been pro vaccine. I’m just simply against authoritarianism and against mandates. The anger that’s developed with you, Dr. Fauci, is that you don’t want to give us advice, you want to tell us what to do. You think you are the science, and that anybody [who] responds to you [is asked] ‘How dare you? How dare you criticize science?’ as if you somehow are science.

That kind of arrogance, that hubris, is really, that’s where the anger’s coming towards you. If you were one doctor among hundreds of doctors in the government who gave advice … people might object to your advice, but there wouldn’t be such a degree of anger. But you are so certain that you’re right, that you’re not wiling to hear anyone else.

Three epidemiologists, of which you are not even an epidemiologist, but three epidemiologists, prominent in their field [from] Oxford, Stanford, and Harvard, you maligned them. You spoke openly with Dr. Collins and you did not disagree [to] paint them as fringe. You went after them and said we will do a public take down, not in Science or Nature or Lancet, but in Wired, in The Nation, a left-wing publication. You’ve engaged in base politics. You wonder why there’s so much anger? You’re not an objective scientist. You’ve lost that long ago. And so many of the things that people want, they want to know why you’re forcing their children to be vaccinated when 95% of people at risk have been vaccinated. Over 95% of people over [age] 65. It’s a huge, voluntary success. And yet you won’t rest until you force every child to get this. So yes, there’s a great deal of dissatisfaction with you and many people want you to go, but nobody wishes you violence.

Paul told Dave our nation has probably never had a government bureaucrat with so much power over all our lives, or so much disdain for individual liberty.

Dave noted a shift in the left’s COVID narrative, such as many in the mainstream media admitting that the vaccine, masks, and lockdowns “don’t quite work as promised” or inflated death counts from COVID-19. Paul agreed, saying he believes the Biden administration’s COVID narrative is collapsing in front of our eyes. From the CDC acknowledging that 75% of those who died from COVID had
at least four comorbidities, to the Biden administration admitting there are more deaths from COVID-19 under Biden than under former President Trump, the current administration is realizing that they’ve got some explaining to do. And the best way to do that is to admit COVID is something “we’re gonna have to live with,” Paul said.

Watch the video clip below or find the full episode of “The Rubin Report” here:

To enjoy more honest conversations, free speech, and big ideas with Dave Rubin, subscribe to BlazeTV — the largest multi-platform network of voices who love America, defend the Constitution, and live the American dream.